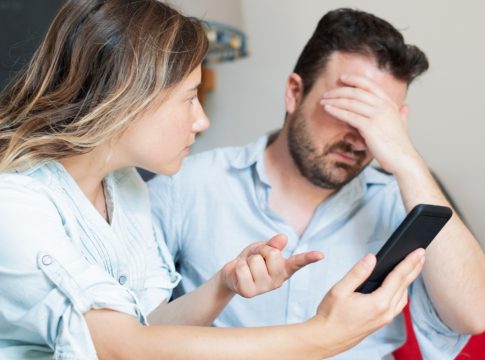 A recent survey study has found that two out of five Americans in committed relationships have admitted to hiding a cryptocurrency purchase from their partner. The crypto-cheating partners believe disclosing the purchase would damage their relationship.

Reasons for Not Disclosing Purchases
A Circuit survey study that sought to determine the extent of financial infidelity among Americans has found that two out of five respondents hid cryptocurrency purchases from their partners. According to the survey findings, respondents that confessed to concealing crypto purchases from partners believe revealing such acquisitions would damage their relationship.

As noted in a blog post that summarizes the survey findings, American partners in committed relationships often fail to disclose certain acquisitions because they feel such purchases are either insignificant or none of their partner’s business. The post notes that “parents were more likely than those without children to hide purchases from their partners.” Embarrassment or the fear of being judged are some of the other reasons why Americans choose to hide certain purchases.

Besides hiding cryptocurrency purchases, the survey found that American partners also fail to disclose about nine other secret acquisitions. These acquisitions range from adult toys and pornography to food and grocery delivery.

The Consequences of Lying
Although respondents have their reasons for choosing to make the purchases secret, the blog post warns that lying about money matters “can lead to distrust, debt, fights and relationship trouble.” Therefore, to minimize the risk of getting caught, Americans are said to employ different tactics to stop keep their secret purchases from being discovered.

One such tactic that was apparently used by 38.9% of respondents to prevent a partner from discovering a secret purchase is the opening of a secret credit card. In other instances, the respondents said they would request the delivery service to hide the purchase. According to the study findings, about 41.1% of men had asked the delivery service to hide a purchase, compared to 34% of women that did the same.

On the other hand, the survey found that 1 in 3 women have intercepted a driver right before a delivery is made. Only 1 in 4 men admitted to doing the same.

What are your thoughts on this story? Tell us what you think in the comments section below.

BOOKS ON CRYPTOCURRENCY - BUY NOW
Facebook
Twitter
WhatsApp
Linkedin
Email
Print
Telegram
Flip
Previous articleCrypto donations fund ATVs and gas masks for Ukrainian military
Next articleDeFi attacks are on the rise — Will the industry be able to stem the tide?