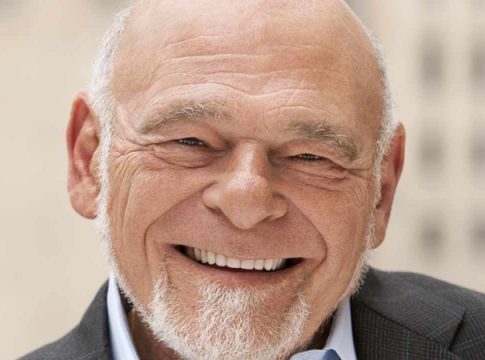 Billionaire Sam Zell: I’ve Stayed Away From Bitcoin at All Costs The billionaire founder and chairman of Equity Group Investments, Sam Zell, says he is staying away from bitcoin at all costs. He explained that he does not understand cryptocurrency and believes that a currency without the backing of a government is unlikely to work.

Sam Zell Remains Skeptical of Bitcoin
While a growing number of billionaires and hedge fund managers are embracing bitcoin, Sam Zell, the founder, and chairman of Equity Group Investments said he is staying away from the cryptocurrency.

Zell, whose net worth is estimated to be $5.8 billion, reiterated his anti-bitcoin stance Thursday in an interview with CNBC. Responding to a question about whether bitcoin is more attractive to him now that its price has fallen to the $21K level, he stressed:

I’ve basically stayed away from bitcoin at all costs.

The billionaire investor explained that the reason he does not invest in BTC is simply that he does not understand it.

“I do not understand its security … I don’t understand all the losses that have occurred where bitcoins have been siphoned out of institutions,” he elaborated.

I think that when it’s all said and done, any kind of currency without the backing of a government in some fashion is unlikely to work.

In conclusion, Zell described: “I have not participated. I’ve been very critical of it and continue to be so. I think bitcoin at $21,000 is cheaper than it was at $40,000 but it ain’t cheap.”

The billionaire investor said in December 2020 that he is “very skeptical” of bitcoin. However, he noted that “Ultimately, it may be the answer or one of the answers. But right now, it’s a world that’s extraordinarily populated by chameleons and other fast-talking characters. I don’t believe everybody involved in it are the kind of people I’d like to follow.”