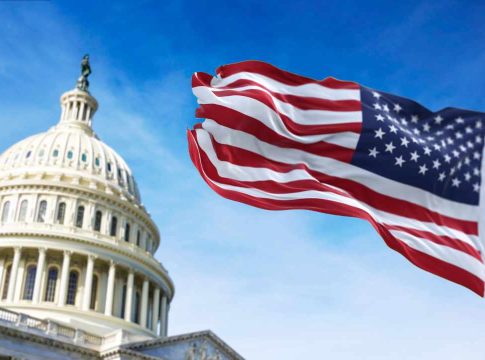 The crypto industry is lobbying U.S. lawmakers against two bills aimed at preventing Russian oligarchs from using cryptocurrency to avoid sanctions. The U.S. and many other countries placed sanctions on them after Russia began its invasion of Ukraine.

Bills Preventing Wealthy Russians From Using Crypto to Avoid Sanctions
The Blockchain Association has been lobbying U.S. lawmakers against two bills designed to prevent Russian oligarchs from using cryptocurrency to evade sanctions imposed on them after Russia began its invasion of Ukraine, CNBC reported last week.

The bills give the Biden administration the authority to prohibit U.S. crypto exchanges from processing payments from Russia. They would also allow U.S. authorities to sanction foreign exchanges process transactions by sanctioned Russian people or companies.

The group is trying to convince lawmakers that cryptocurrency is not being used by wealthy Russians to avoid sanctions.

Curtis Kincaid, a spokesperson for Blockchain Association, explained that the organization is trying to convince lawmakers to “separate fact from fiction on the inability of Russia to transfer large sums of money via crypto transactions in order to evade sanctions,” the publication conveyed.

These bills don’t target Russian oligarchs, who aren’t using (& can’t use) crypto to evade sanctions. They target upstanding US crypto companies for no apparent reason except Sen. Elizabeth Warren’s crusade against a technology she doesn’t understand.

While some lawmakers are worried about the use of crypto to circumvent sanctions, many experts have said that crypto is not an effective tool for sanctions evasion. A U.S. Treasury official said in March: “We don’t see that crypto could be used in a large-scale way to evade sanctions.”

What do you think about the legislation aimed at preventing Russian oligarchs from using crypto to evade sanctions? Let us know in the comments section below.