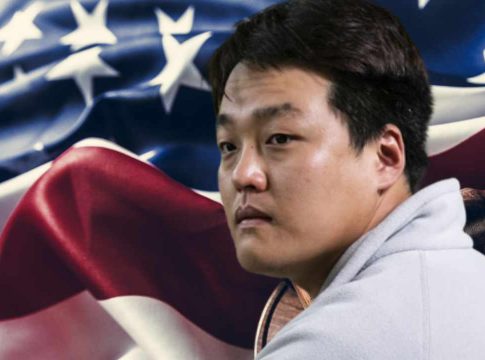 Do Kwon Unlikely to Face Criminal Charges in US, Say Legal Experts

Terraform Labs CEO Do Kwon is unlikely to face criminal charges in the U.S. over the collapse of cryptocurrency terra (LUNA) and stablecoin terrausd (UST), according to legal experts. They explained that civil charges are more likely, including lawsuits by cryptocurrency investors.

Do Kwon Unlikely to Face Criminal Charges
The recent collapse of cryptocurrency terra (LUNA) and algorithmic stablecoin terrausd (UST) has raised questions about whether their creator, Do Kwon, can be held accountable.

Randall Eliason, a professorial lecturer in law at the George Washington University Law School who spent 12 years as an assistant U.S. attorney for the District of Columbia, explained that Kwon is unlikely to be criminally prosecuted, CNBC reported Thursday.

Emphasizing that prosecutors have to prove criminal wrongdoing beyond a reasonable doubt, he was quoted as saying, “It’s not like a homicide where you bring in witnesses to testify to who pulled the trigger.”

We’re trying to prove what was going on in someone’s mind. That’s often a very painstaking process.

He elaborated that the process “involves reviewing lots and lots of documents, and talking to many, many people and dealing with all their lawyers through that process and scheduling grand jury time and court appearances.”

Renato Mariotti, a former federal prosecutor and trial attorney, stressed that prosecutors have to prove the defendant’s state of mind beyond a reasonable doubt, stating that they “often rely on emails, texts, tweets and other statements.”

Eliason cited the example of Theranos and former CEO Elizabeth Holmes. In this case, they told investors they were using their own machines to run blood samples while in actual fact they were using other companies’ machines to perform tests. Eliason opined:

Things like that are pretty suggestive of intent to actually deceive and defraud versus just misjudgments, mistakes, or other lesser forms of misconduct.

Frequently, in these kinds of cases, the appropriate remedies end up being civil, regulatory, and administrative — and actually not criminal.

Civil cases could include lawsuits from crypto investors. In South Korea, a class action lawsuit has already been filed against Kwon, his company Terraform Labs, and the company’s co-founder.

In the U.S., Kwon is already in trouble with the U.S. Securities and Exchange Commission (SEC). He dodged a few subpoenas earlier this year and filed a motion opposing the regulator.

“There are a lot of other potential agencies or governments who could take a look at this conduct, in addition to the private individuals who were harmed,” the legal expert noted, adding:

There is going to be issues with jurisdiction … since he’s not in the U.S. South Korean authorities might have something to say about possible sanctions.

Do you think Do Kwon should face criminal charges? Let us know in the comments section below.