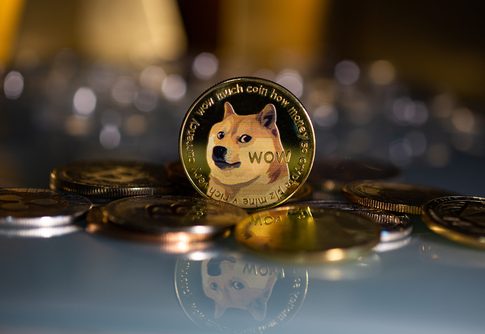 The Tesla CEO is one of the biggest supporters of the meme-themed cryptocurrency, his tweets part of the reason DOGE’s popularity has skyrocketed over the past year amid increased interest from retail investors.

Elon Musk, named Time’s 2021 Person of the Year, has said Dogecoin is a better cryptocurrency than Bitcoin when used for buying things.

Dogecoin is the 10th largest cryptocurrency by market cap at the time of writing, with market data showing a valuation of $20.6 billion and over $900 million worth of the coin have been traded in the past 24 hours.

Dogecoin encourages people to spend
While some people dismiss DOGE for having started as a joke, Musk and several other celebrities including Mark Cuban, have invested in it along other top crypto assets.

And the SpaceX CEO, speaking to Time Magazine on Monday, says Dogecoin beats Bitcoin when it comes to ease of use as a transactional currency.

According to him, the top cryptocurrency, created in 2009 by Satoshi Nakamoto during a global financial crisis, is “fundamentally” unsuitable for small everyday transactions.

He told Time that Bitcoin, which is the world’s largest cryptocurrency by market cap, is “not a good substitute for transactional currency.” On the other hand, DOGE allows holders to easily spend their funds. He said:

“Even though it was created as a silly joke, Dogecoin is better suited for transactions,” he added before going on to explain why this is the case.

Musk notes that Dogecoin has an upper hand over Bitcoin when it comes to transaction volume and cost.

Whereas Bitcoin sees substantially low transaction volume in a day and costs much higher to spend, Dogecoin offers a much better prospect, encouraging holders to use their coins to buy goods and pay for services “rather than sort of hoard as a store of value.”

The Tesla chief explained that as it is, Bitcoin is more suited to use as a store of value, which means investors prefer hodling it rather than selling or transacting with it.

Musk also compared cryptocurrencies to fiat, saying that although he is not a “huge hater” of the latter, crypto had its own advantages relative to fiat currencies.

He pointed out that crypto was better because “fiat currency tends to get diluted by the government of the day and that in most cases, holding fiat becomes a “pernicious tax” whenever money supply is diluted.