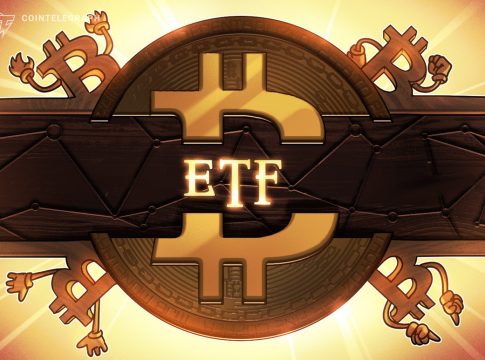 Three cryptocurrency exchange-traded funds scheduled to launch on the Cboe Australia exchange were delayed due to “checks” still being undertaken.

The launch of Australia’s first three Bitcoin (BTC) and Ether (ETH) exchange-traded funds (ETF) scheduled for Wednesday has been delayed as a result of further “checks” needing to be completed.

The exchange listing the Bitcoin Spot ETF from Cosmos Asset Management, Cboe Australia, released a statement late Tuesday stating that “standard checks prior to the commencement of trading are still being completed” and a “further update will be provided in the coming days.”

A representative for 21Shares said to Cointelegraph that “the infrastructure is being built from the ground up” and a “service provider downstream needs more time to support the launch” but did not elaborate on which provider.

READ MORE:   How the Metaverse could impact the lives of kids

It’s believed an entity such as a prime broker or major institution with the power to delay listings until it’s ready to support the trade of the products could be to blame for the holdup, with 21Shares adding:

“The issue affects all fund managers equally and has caught everyone by surprise. The service provider is working to resolve this as quickly as possible to remain on track.”Cointelegraph contacted Cboe Australia and Cosmos for more information regarding the delays but did not immediately hear back.

The underlying asset for the Cosmos ETF is a direct investment into the Canadian Purpose Bitcoin ETF, North America’s first Bitcoin exchange-traded fund. The funds issued by 21Shares are backed by Bitcoin and Ether reserves held in cold storage by Coinbase.

Toby Chapple, head of trading at Australian wealth management firm Zerocap, told Cointelegraph the delay was “not a big deal.” Referring to the Cosmos Bitcoin ETF he added:

“You would think an ETF which invests in another ETF would be easier to handle, but the broker will just be ensuring they have all their ducks lined up before they go live.”Cici Lu, managing partner at crypto-asset investment and wealth management firm Apollo Capital, also said that it seemed like just a small bump in a long road for the funds:

“While this isn’t an ideal start for the ETF’s, it will be looked at as only a minor speed bump in an otherwise successful result for the crypto asset industry in Australia.”She added: “The traditional finance sector is trying to get its head around how to adapt their businesses to a new asset class, it is a journey both crypto and TradFi are on together.”

Cosmos Asset Management’s “Cosmos Purpose Bitcoin Access ETF” received approval from the Australian Securities Exchange (ASX) on April 19 to begin trading following a seven-day notice period and was expected to attract around $1 billion after its launch.

The two ETFs issued by 21Shares received approval around the same time, aligning all three funds with the same launch date.

21Shares isn’t a stranger to hold-ups with its crypto ETF products. Earlier in April, the United States Securities and Exchange Commission (SEC) rejected its Bitcoin ETF which was to list on the U.S. Cboe BZX Exchange saying the exchange didn’t meet requirements for listing a financial product.