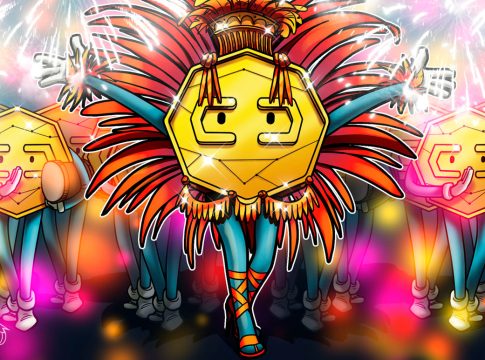 Nasdaq partners with XP to launch cryptocurrency exchange in Brazil

The exchange, known as XTAGE, is currently scheduled to launch in Q2 2022.

XP informed Cointelegraph that XTAGE will launch in Q2 2022 and will be fully integrated into the XP Inc ecosystem — the largest investment brokerage in Brazil with more than 3.5 million clients and $168 billion assets under custody.

XP stated that the exchange will initially offer the purchase and sale of cryptocurrencies, but the intention is that the platform will also support other digital assets and investment products based on crypto assets.

“The creation of XTAGE represents an important milestone in advancing the digital asset market and our ability to offer investors greater access to the digital asset ecosystem. Through the technology partnership with Nasdaq, we are confident that XP will operate on an innovative and robust infrastructure,” said Lucas Rabechini, director of financial products at XP.

READ MORE:   These companies are using blockchain to improve ESG compliance for the mining industry

This is not the first time that NASDAQ has partnered with a Brazilian company in the cryptocurrency market. In 2019, the American company partnered with Hashdex to launch the world’s first Bitcoin Spot ETF.

In the case of XP, this is also not the first time that the company has sought to launch a company focused on the cryptocurrency market. Cointelegraph wrote in 2018 that the company had launched a platform for trading cryptocurrencies called XDEX, however, this ended up being closed in March 2020, just before Bitcoin’s most recent bull run.

Hot cryptocurrency market in BrazilNubank, the largest digital bank in Brazil and Latin America, recently announced that it has partnered with Paxos to allow the bank’s customers to buy, sell and store cryptocurrencies directly through Nubank.

Along with the launch of the new cryptocurrency transaction services, Nubank said that it will allocate roughly 1% of its net assets to Bitcoin (BTC) through the cashier of Nu Holdings — a company that controls the Nubank Group.

Another Brazilian bank that will also offer Bitcoin investment services to its customers is BTG Practual. The bank’s president, Roberto Sallouti, recently announced that the bank will launch its own crypto exchange in roughly two months, stating:

“We will have our cryptocurrency trading platform in up to two months [..] BTG’s proposal is to have a complete investment platform for our clients.”XP Inc announced on Thursday that it intends to launch a cryptocurrency exchange called XTAGE in Brazil in partnership with Nasdaq.