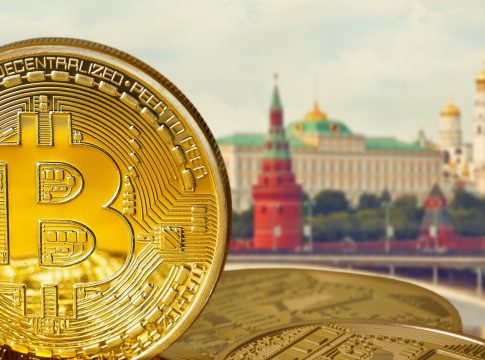 A proposal to permit companies to use cryptocurrency in cross-border settlements has made its way to a draft law designed to regulate Russia’s crypto space this year. According to a press report, the finance ministry has introduced a number of revisions to the legislation it has been working on in the past few months.

Changes to Cryptocurrency Bill Can Make International Coin Payments Possible in Russia
The Russian Ministry of Finance has revised its draft law “On Digital Currency” to reflect various suggestions by other government departments and agencies, the business daily Vedomosti unveiled, quoting government sources. The amendments have been coordinated with the ministries of economy, digital development, internal affairs, the Federal Tax Service, and Russia’s financial watchdog, Rosfinmonitoring.

The one major institution missing from that list is the Central Bank of Russia, which remains opposed to any legalization of cryptocurrencies like bitcoin and respectively disagrees with the Minfin’s regulatory concept which aims to establish a legal market for digital assets. The ministry’s legislation was first submitted to the federal government in February.

There is a wider consensus among Russian authorities that cryptocurrency should not be accepted as legal tender in the country. The law “On Digital Currencies” bans the use of crypto assets as a means of payment but suggests recognizing them as an investment tool.

Nevertheless, a provision introduced with the latest revisions would allow Russian legal entities and individual entrepreneurs to use cryptocurrencies for payments with foreign counterparties, Vedomosti revealed. The news comes after the Interfax news agency reported earlier that the finance ministry is considering this option as Russia’s access to the traditional payment channels is limited by western sanctions imposed over the war in Ukraine.

Among the other proposals incorporated in the revised bill is a ban on the advertising of crypto trading platforms that are not licensed to operate in Russia. At the same time, authorized exchanges may be obliged to store information about cryptocurrency holders and their transactions for a period of three years and share the data with Russian law enforcement. Only customers that have passed identity verification will be able to buy and sell cryptocurrencies and only through Russian bank accounts.

Do you expect Moscow to allow Russian companies to use cryptocurrencies in their foreign trade activities? Tell us in the comments section below.

Lubomir Tassev is a journalist from tech-savvy Eastern Europe who likes Hitchens’s quote: “Being a writer is what I am, rather than what I do.” Besides crypto, blockchain and fintech, international politics and economics are two other sources of inspiration.