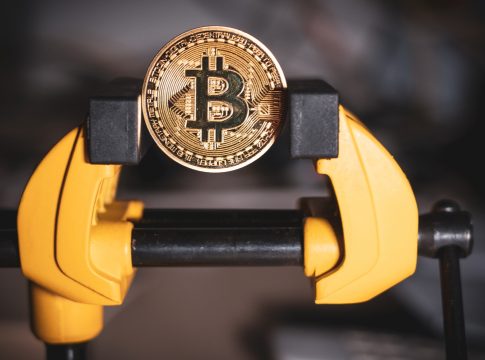 Cryptocurrency-related lending has become a black smudge for the industry these days and according to a recent report, bitcoin’s low price has put billions in mining loans under stress. The report, which quotes the co-founder of mining company Luxor Technologies, Ethan Vera, says that roughly $4 billion in loans backed by crypto mining rigs are extremely close to running a risk of default.

Analyst Says Miners ‘Are Nervous About Their Loan Books’
The price of bitcoin (BTC) is 21% lower than it was two weeks ago and the price drop has hurt BTC miners a great deal. According to a report from Bloomberg, analysts say that a number of loans backed by mining machines are underwater.

Luxor’s Ethan Vera estimates that around $4 billion in loans backed by mining rigs are under stress. “They are nervous about their loan books, especially those with high collateral ratios,” Vera explained to Bloomberg’s David Pan.

The report notes that miners are selling BTC to bolster operational costs and it highlighted that in May, Core Scientific Inc. sold over 2,000 BTC for operational expenses.

“Bitcoin miners, broadly speaking, are feeling pain,” Luka Jankovic, head of lending at Galaxy Digital detailed in the report. “A lot of operations have become net IRR negative at these levels. Machine values have plummeted and are still in price discovery mode, which is compounded by volatile energy prices and limited supply for rack space,” Jankovic added.

JPMorgan Analyst Says Bitcoin Miners Continue to Put Pressure on the Price
Traditionally, during bear markets, bitcoin miners are forced to sell off holdings which puts even more pressure on the price. Another report, quoting JPMorgan analyst Nikolaos Panigirtzoglou explained that bitcoin miners that need to sell will keep weight on the current downward pressure affecting BTC markets in recent times.

Panigirtzoglou and his group of strategists at JPMorgan believe that privately-held miners may have sold a large share of block subsidies to help operational costs. A number of reports had shown that miners have been selling large quantities of BTC since February 2022.

“Bitcoin miners have been net distributors since the recent sell-off,” the team of onchain analysts at Glassnode detailed on June 2. “Miners balances have recently declined at a peak rate of 5k to 8k BTC per month ($150M to $240M at $30k BTC).”

During the past few weeks, a handful of crypto lenders have also been under severe stress and some are dealing with liquidations. The crypto lender Celsius has been under the crypto community’s scrutiny for alleged liquidations and rumors about restructuring and insolvency.

Jamie Redman is the news Lead at Bitcoin.com news and a financial tech journalist living in Florida. Redman has been an active member of the cryptocurrency community since 2011. He has a passion for Bitcoin, open-source code, and decentralized applications. Since September 2015, Redman has written more than 5,000 articles for Bitcoin.com news about the disruptive protocols emerging today.