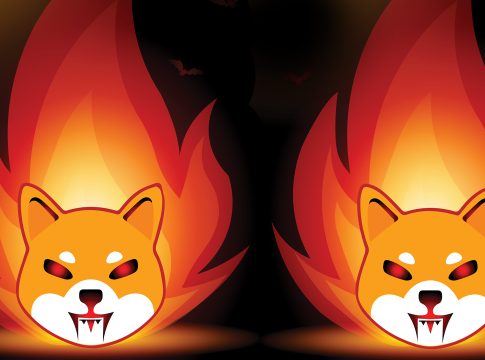 On Saturday, the second-largest meme-based cryptocurrency shiba inu has seen a lot of tokens burned during the last 24 hours. According to statistics, the network’s burn rate has increased by 26,592% as 1.4 billion SHIB has been destroyed.

The Defense Breed aims to enhance SHIB’s “communication and transparency” and “protect the ecosystem from any malicious projects or persons from trying to take advantage of the community.” Today, the shiba inu (SHIB) supply is burning tokens at an extremely fast rate, much faster than the likes of Ethereum’s burn rate. The burn rate is awfully high, despite the fact that the official Shibaswap burn portal has yet to launch.

Shiba Inu Team Member Says ‘Burning SHIB Is a Core Aspect of Our Ecosystem’
During the last five hours, three addresses alone burned 59,998,118 SHIB or $1,448 worth using today’s SHIB exchange rate. SHIB has not had the best week as the meme-token has lost 7.6% during the last seven days. Year-to-date, however, SHIB has gained a whopping 39,795% against the U.S. dollar.

Data from shibburn.com on Saturday, April 9, 2020, at 10:00 a.m. (ET).
SHIB is the second-largest meme-based asset in terms of market capitalization as it hovers beneath dogecoin (DOGE). While DOGE has a $19.1 billion market cap, SHIB’s market valuation is around $13.2 billion, ranked number 15 among 13,617 cryptocurrency market caps.

According to SHIB’s project leaders, the Defense Breed will be in charge of screening partners, collaborations, and incoming projects. In the blog post concerning the Defense Breed, a SHIB team member dubbed “Trophias” explained the importance of the SHIB burn portal. “Burning SHIB is a core aspect of our ecosystem and we are always exploring new options to burn SHIB via utility,” Trophias said at the time.

READ MORE:   How the Metaverse could impact the lives of kids

What do you think about Shiba Inu’s burn rate spiking above 26,000% during the last 24 hours? Let us know what you think about this subject in the comments section below.

Jamie Redman is the news Lead at Bitcoin.com news and a financial tech journalist living in Florida. Redman has been an active member of the cryptocurrency community since 2011. He has a passion for Bitcoin, open-source code, and decentralized applications. Since September 2015, Redman has written more than 5,000 articles for Bitcoin.com news about the disruptive protocols emerging today.